LEO TOLSTOY ON GOD: "When you look inside yourself, you see what is called 'your own self' or your soul. You cannot touch it or see it or understand it, but you know it is there. And this part of yourself--that which you cannot understand--is what is called God. God is both around us and inside of us--in our souls.

There is a phenomenon that scientists observed in the 1950s, called the ”Hundredth Monkey Phenomenon.” Scientists observed that a certain Japanese monkey, named Imo, began to wash her sweet potatoes to remove sand. She taught this trick to her mother and her playmates on Koshima Island. Her playmates taught it to their mothers. When about 100 monkeys on the island began to do this, there was a shift: all of the monkeys began washing their sweet potatoes. Then, the practice jumped over the sea, and monkeys everywhere were washing their sweet potatoes!

This 100th Monkey Phenomenon applies to all of us. It says that when only a limited number of people know of a certain thing or way, no change occurs. But when about 100 of us agree on anything, there is a shift in energy and in mass consciousness! It takes ONLY about 100 people to agree on anything for us to begin to experience change in our consciousness!

We are witnesses to this phenomenon when we see dramatic shifts in people’s voting behavior this year in the Democratic primary elections.

Daily, people are shifting their support from one candidate to another because of a shift in their consciousness i.e. an ideological breakthrough.

In Christianity, people deliberately use a rule of agreement to support each other in prayer. It is in Matthew 18:19-20 that Jesus said,”Again, I tell you that if two of you on earth agree about anything you ask for, it will be done for you by my Father in heaven. For where two or three come together in my name, there am I with them.”

Deliberately agreeing with someone on something is one thing. To have your consciousness affected and infected by people you don’t even know about is something else.

How do we stop this flow of energy from reaching us?

Every day, we’re exposed to the newspapers and television news and programs. Now, there’s also the Internet. Everywhere, people are reading and seeing the same news, programs and advertisements.

It just takes 100 of those people to agree that “this is okay,” and have a shift in energy for you to be affected.

So, pay attention! Don’t unconsciously be the 101st Monkey!

In order to remain true to yourself and whole, you’ve got to be vigilant about the input of energy flowing in and around you and most especially, through you.

By becoming cognizant of the power of energy, this does not mean that you sometimes will not choose to “go with the flow.” But it’s one thing to make a CONSCIOUS decision to be influenced or persuaded; it’s another to be manipulated through your being unaware.

Every day, I urge you to stay in the consciousness of your Spirit! Stay connected to that. Stay cognizant of the energy flowing toward you from people, on a personal level, in your space: if it is negative, expunge it! If it’s positive, invite it!

While I love the 100th monkey story, it was proven to be fiction (unfortunately).

Personal Authenticity: "To Thine Own Self Be True"...

"To Thine Own Self Be True and it must follow as the night, the day, Thou canst not then be false to ANY man."
William Shakespeare.

All of Life Is Here For Us 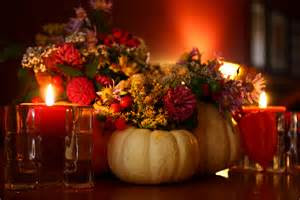 Give Thanks Always and in All Ways!

It's been 10 years since I started the Namaste' Wholistic blog, and I've enjoyed the journey as I hope some of you, my faithful readers, have as well. As I came to the 10-year milestone, however, my attention began to waiver. Without my full attention and commitment to the words and posts, I decided not to continue. So you'll notice only sporadic posts in 2018.
Overtime, I may feel called to post again. If so, you'll see a revitalized Namaste' Wholistic. For now, enjoy 10 years of my writing, i.e. 280+ posts! (By going to some of my posts in the earlier years, you may discern how "change" and "growth" also happened in me through my writings. Search by typing in the year.)
Stay true to the spiritual path, as I am. "Every day in every way, my walk with God gets stronger and stronger."
Until we connect again...
Namaste',
Che'

We Are A Reflection of Our Thoughts, Words + Deeds!

"For as he thinketh in his heart, so is he."
(Prov. 23:7 KJV)
"Rock bottom is the solid foundation on which I rebuilt my life." J.K. Rowlings
"The words you do not speak out loud are pure gold...words are the expressions of thoughts and thoughts the expressions of divine power. Therefore let your words correspond to what they express. Be careful with them."
-Leo Tolstoy

"Forgiveness is the answer to the child's dream of a miracle by which what is broken is made whole again, what is soiled is made clean again."

"The longest journey is the journey inward." Dag

Recommendations: If You're More Than A Beginner

"The Impersonal Life," a book by Joseph S. Benner, written in the 1920s.
(Cut/Paste this YouTube link:
https://www.youtube.com/watch?v=pUvBOzHy4ug
There's a free download of the book, too, attached to the video.) 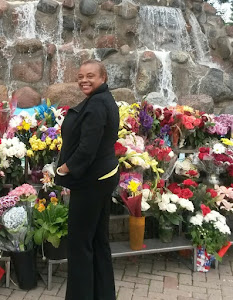 The Essence of Che'

I am a consummate seeker of Truth. In my professional life, I am a consultant on all aspects of new media/digital communications. I have studied Truth since the late 1980s and have studied diverse paths, allowing me to meet people "where they are" on their path to growing in spiritual awareness. I respect all religions and honor all teachings.
I am a member of Spiritual Directors' Inc., http://www.sdiworld.org, having achieved my certification through The Arizona Ecumenical Institute for Spiritual Directors, Scottsdale, AZ. I also am a graduate of Unity School of Christianity's Spiritual Enrichment and Enlightenment program. For several years, I've done self-study classes on Mysticism via San Jose-based Ancient & Mystical Order of the Rosae Crucis (Rosicrucians), reaching the mastery level. I attend Catholic services weekly in my local community, and I also go to occasional services at Unity.
I authored the 2003 book, "On The Road To Becoming."

"Screw Business As Usual," by Richard Branson
"Who Moved My Cheese," by Spencer Johnson, MD
Spiritual Books:
"The Shack," by William Paul Young
"Ramayana: A Modern retelling of the Great Indian Epic" by Ramesh Menon
"Metaphysical Meditations" by Paramahansa Yogananda
"Be Here Now" by Ram Dass
'Mind is the Master: The Complete James Allen Treasury," All 19 Classic Books, by James Allen
"The Untethered Soul" by Michael Singer
"Dark Night of the Soul," by St. John of the Cross, translated by E. Allison Peers
"Discover the Power Within You," by Eric Butterworth
"Complete Works of H. Emilie Cady, including "Lessons In Truth," mentioned by Maya Angelou on OWN, by H. Emilie Cady
"30-Day Mental Diet," by Willis Kinnear
"The Dynamic Laws of Prayer," by Catherine Ponder
"The Dynamic Laws of Prosperity," by Catherine Ponder
"The Essential Wayne Dyer," by Dr. Wayne Dyer
"The Infinite Way," by Joel Goldsmith
"The Power Within You" by Eric Butterworth

"Your Faith is your Fortune," by Neville Goddard
"Streams in the Desert," by L. B. Cowman, edited by Jim Reimann
Get this free e-book: "Thinkonomics"
http://www.
scienceoflivingonline.com/ThinkonomicsEbook.pdf